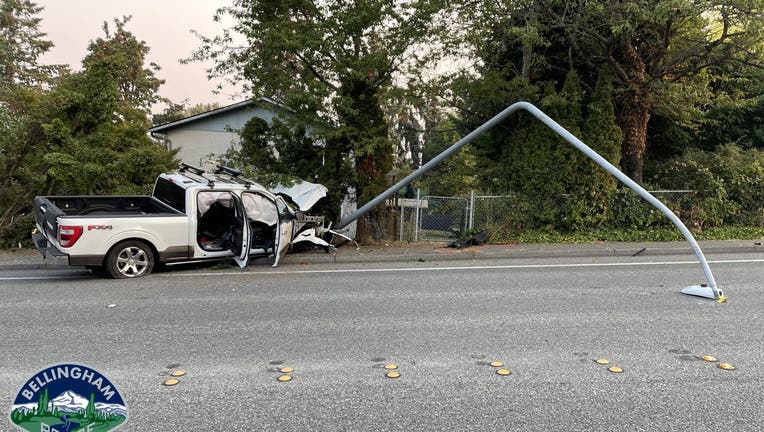 BELLINGHAM, Wash. – Police are investigating after a drunk driver crashed his truck into a light pole, killing another man walking near the sidewalk early Saturday morning.

According to the Bellingham Police Department (BPD), at 12:36 a.m., officers responded to a crash in the 1600 block of Lakeway Dr. When officers arrived, they found a white Ford F150 smashed on the sidewalk, and a light pole laying in the middle of the street. BPD officers also found a severely injured man in his 40s near the crash site. He was declared dead at the scene.

The driver, 36-year-old Jacob M. Saville from Bellingham, was arrested for vehicular homicide and booked into the Whatcom County Jail. Investigators say Saville was under the influence of alcohol during the crash.

Crime Scene Investigators and Traffic Officers were called to investigate the scene, and remove the light pole from the roadway. Authorities say Lakeway Dr, will remained closed from Puget St. to Woburn St. until about mid-afternoon.

The victim’s identity has not yet been released.

RELATED: Judges weigh future of blood alcohol breathalyzers, with 7 years of case on the line