DUI driver arrested after crashing into bus, injuring 5 in Bellevue

DUI driver arrested after crashing into bus, injuring 5 in Bellevue 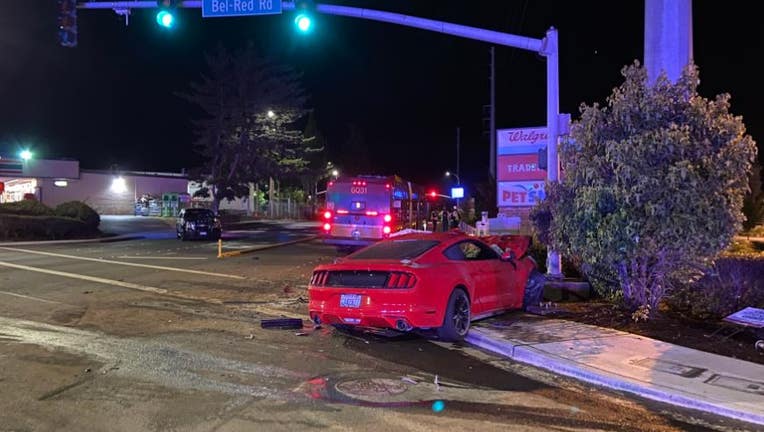 According to the Bellevue Police Department (BPD), the 25-year-old driver fled from police when they tried to pull him over for suspected driving under the influence just after midnight. When the pursuit reached the corner of Bel-Red Rd. and NE 24th St., the driver slammed his red Ford Mustang into the side of a city bus. 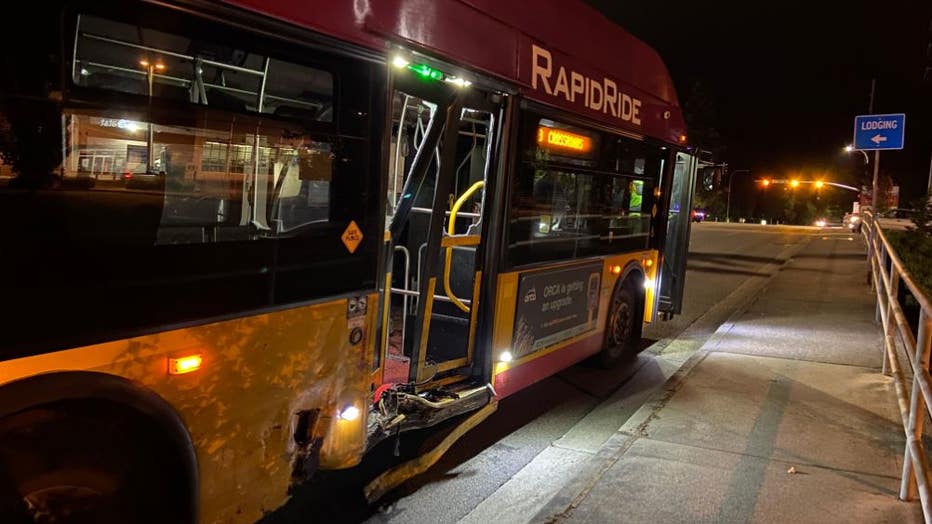 Authorities say five people riding the bus during the crash were taken to a nearby hospital with minor injuries.

The driver, who also had minor injuries, was handcuffed on scene and arrested for DUI.

RELATED: Driver arrested for DUI after slamming into a state trooper in Federal Way

According to the Washington State Patrol, anyone who sees someone who appears to be driving under the influence of alcohol or drugs is urged to call 911 immediately.