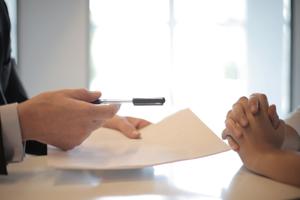 OLYMPIA, Wash. — Two people from Sunnyside pleaded guilty to first-degree theft in an insurance fraud case from 2017 in Yakima County, according to a press release from the Office of the Insurance Commissioner (OIC).

In October 2017, 31-year-old Andrew Rodriguez filed a claim with the National General Insurance Company regarding damage to a Nissan Versa he was loaned while his car was in the shop, according to the press release. He claimed he was driving when the Nissan rear-ended an Acura in a collision police did not respond to.

The police report says that 28-year-old Marissa Lopez was the driver, not Rodriguez. Lopez was not on Rodriguez’ policy, according to the OIC. The National General investigative team then interviewed the driver of the Acura, who confirmed Lopez had been driving at the time of the crash.

National General reported the information to the OIC Criminal Investigations Unit in January 2019, as companies are required by law to report insurance fraud to the commissioner. Investigators also found that Lopez had been driving, further reporting that Rodriguez had not been in the car during the crash. They also found text messages from Lopez, asking the Acura driver to lie to National General, according to the press release.