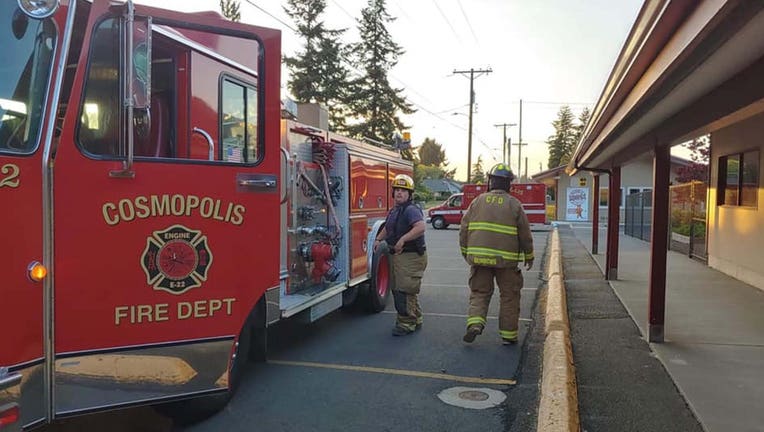 Grays Harbor’s oldest city is now left without firefighting staff for the first time in 127 years.

The Cosmopolis Volunteer Fire Association posted a scathing resignation letter on Facebook, criticizing Pauley for what they describe as years of budget cuts, lack of health insurance, poor communication and dismissal of leadership. They alleged former Fire Chief Cody Bridges went to Pauley with concerns of low staffing, and asked to make some recruitment-related purchases.

The association says Bridges was denied and dismissed from his position.

Following this, the letter says Pauley then neglected to communicate with assistant chief Bill Bramstedt, department staff, city staff and the public safety committee about plans for future leadership.

“Your firefighters understand that this may come as a shock to some, and question why these issues have not been exposed,” reads the letter. “[The City] withhold[s] as much as they can get away with to keep the public just misinformed enough to not ask questions, this needs to end, they continue to ride the fine line of the public information rules.”

The association claims Pauley “refuses to recognize the severity of the situation,” then details a list of grievances, including the city:

In response, Pauley issued an emergency declaration on Jan. 1 and penned a letter of his own, describing the statements as ‘inaccurate and libelous.’ The Mayor said he frequently disagreed with former chief Bridges, but his dismissal was due to insubordination ‘based on conduct unbecoming of a department head.’

Pauley said these issues continued when Bridges stayed on as a volunteer employee, so he was fired outright.

The mayor says training opportunities were made available, and Bramstedt agreed to serve as interim Fire Chief, but when a certain member was recommended for the role, Pauley denied it, saying this person was vocal about not wanting to work with certain staff members.

Pauley says the most flagrant claim is that the city refused to pay death and injury protection and requested administrative-level work from Bridges after his dismissal from Fire Chief. Specifically, the association claimed their emergency medical vehicles needed to have their Department of Health licenses renewed. The firefighters say the city failed to renew them, then asked Bridges to renew them, but since he was no longer Fire Chief he claimed he could not access the documents, which led to him getting fired.

Pauley says both instances involved City Hall not receiving information about paperwork and bills, but when issues were brought forward, they were remedied.

Most other issues in the letter can be chalked up to COVID-19 funding cuts and policy changes, Pauley says. Funding for items not essential for daily operation were mostly turned down, and the usage of terms like ‘failed’ or ‘denied,’ the mayor says, neglects to mention the fire department provided inaccurate information on requests, did not submit paperwork and failed to bring complaints to proper channels like the Public Safety Committee.

Pauley concedes that these challenges can be attributed to the fact that as a volunteer department, ‘it is difficult to commit the additional time to paperwork and documentation.’

The Volunteer Fire Association issued a final response Saturday morning, saying Pauley’s letter was ‘inaccurate, untruthful and unethical,’ and that his responses were only written to defend himself, and not represent the actual events.

While Cosmopolis no longer has a fire department, the mayor says they have made arrangements with local departments to continue their coverage.

Get breaking news alerts in the FREE FOX 13 Seattle app. Download for Apple iOS or Android.