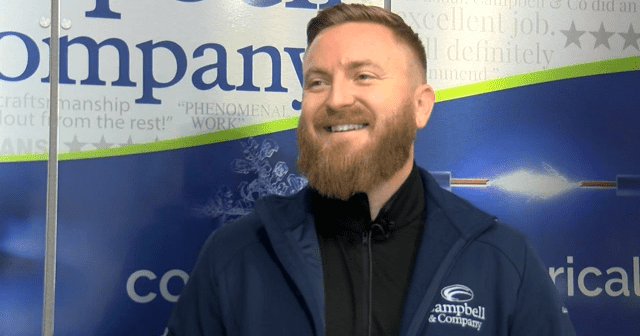 PACIFIC NORTHWEST — Temps are dropping into the low double digits and high single digits later this week, putting external pipes and pipes in external walls at risk of freezing.

Campbell and Company Plumber and Comfort Advisor Troy Brigham says a clear sign of a frozen or broken pipe is a loss of water pressure.

“Best way to know is you lost any pressure to any kind of sink or faucet or shower,” says Brigham. “Anywhere you usually get water from. If you’re lacking water there that’s probably a signal that there is a leak somewhere in the crawlspace.”

Some might be traveling for the holidays leaving their homes empty during this cold weather.

Brigham says its important to keep air and water circulating so the pipes don’t freeze while you’re gone.

“Make sure you open up all those cabinets, keep your heat at 60, 65 degrees to prevent any kind of freezing on those pipes,” says Brigham. “The lower we get in temperature the higher the risk.”

Renz says you should reach out to your insurance agent about your policy for specific details when covering damages before you need to file a claim.

Renz says, “The first steps I would take as a property owner when the pipes freeze or burst is trying to find the cause of the frozen pipes then call a plumber.”

Renz says, “Personally, you call our agency and we will assist you in making a claim.”

Renz says to double check the wording in your policy before you file a claim in a hurry.

Damages from frozen pipes that eventually burst come with a hefty price tag.

Brigham says, “It could be a few thousand dollars just to repair the piping on top of whatever it had damaged in your house. Any kind of moisture in the crawlspace that could cause mold needs to be removed.”

Brigham tells me in our interview that wrapping the pipes with insulation helps prevent them from freezing. He says if the pipes do freeze, don’t try to thaw the pipes with a torch or any other device that may cause a fire and destroy more of the plumbing.

You can watch the full interview below.