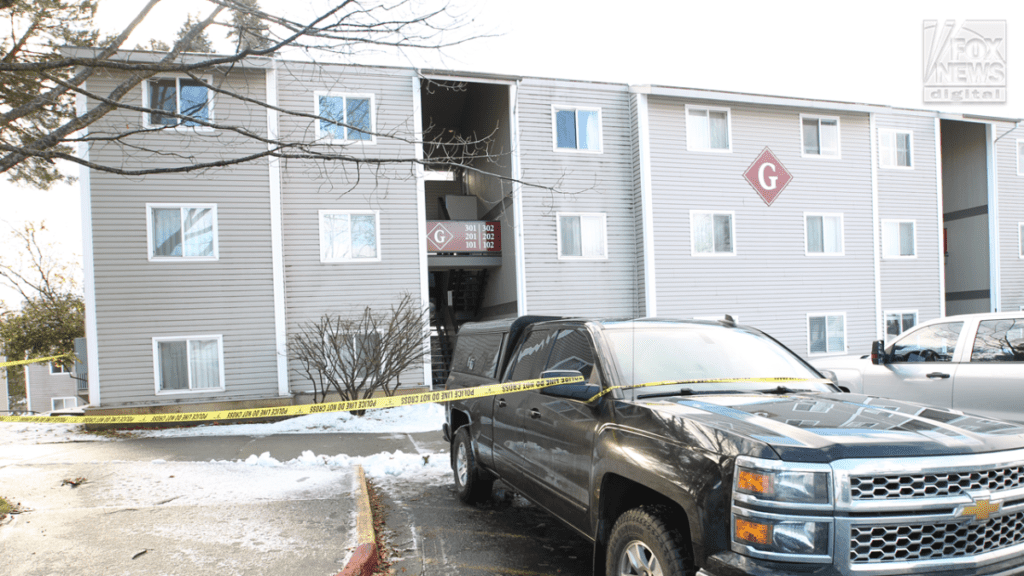 MOSCOW, Idaho – Neighbors of the Washington State University graduate student arrested in Pennsylvania Friday morning in connection with the murders of four Idaho co-eds were shocked to learn the alleged killer – who had evaded police – was living among them in their typically “quiet” community.

Bryan Christopher Kohberger was arrested thousands of miles from Idaho, in Albrightsville, Pennsylvania, early Friday morning. But police have since said he was a graduate student at Washington State University, and he had been living in Pullman.

Justin Williams, a 34-year-old WSU employee who lives in an adjacent building, told Fox News Digital he had occasionally seen Kohberger in the neighborhood, typically while Kohberger was retrieving his mail.

Neighbors at the Steptoe Village, the WSU housing complex mostly inhabited by graduate or PhD students, among others, described the area as “quiet” and nestled in the city of Pullman, which is typically “so safe.”

UNIVERSITY OF IDAHO MURDERS TIMELINE: WHAT WE KNOW ABOUT THE SLAUGHTER OF FOUR STUDENTS

“I’d see him go check his mail, that was it. Other than that, I’ve only seen him like twice the whole time, and I’ve lived here since July 2021,” said Justin Williams, who lived in an adjacent building.

He said he saw “nothing unusual” from his now-accused neighbor.

Williams said he learned that Kohberger had been arrested just this morning, from social media, and spotted some of the law enforcement vehicles in the parking lot outside his home.

Upon hearing the news, he said he wondered, “How long has he f—— been here? Has he been here the whole time that I have?”

“There was that black pickup and the silver pickup,” he said, pointing to vehicles parked in the lot, “and a couple of cops, and they were taking pictures and stuff, but didn’t have any tape up.”

Images from the scene show law enforcement personnel, including Latah County Prosecutor Bill Thompson, ascending the stairs to the home and donning protective gear before entering. They remained for hours.

Meanwhile, neighbors wondered what was happening in the complex, where children’s bikes could be seen parked near front doors.

Andrew Chua, a 28-year-old graduate student who also works at the university, said he heard commotion outside of his apartment building – just steps from Kohberger’s – early Friday morning, but said he had not noticed anything “at all” unusual over the past several weeks.

He did not recognize Kohberger’s picture.

A spokesperson for Washington State University said Friday “Kohberger had completed his first semester as a PhD student in WSU’s criminal justice program earlier this month.”

“This morning, the Washington State University Police Department assisted Idaho law enforcement officials in the execution of search warrants at Mr. Kohberger’s apartment and office, which are both located on the WSU campus,” the spokesperson said. “WSU Police are working closely with local, state, and federal law enforcement officials as they continue their investigation.”

Kohberger has been charged with felony burglary and four counts of first-degree murder for the violent stabbing deaths of four University of Idaho students: Ethan Chapin, 20, Kaylee Goncalves, 21, Xana Kernodle, 20 and Madison Mogen, 21.

During an afternoon press conference, Prosecutor Thompson said information would be limited until Kohberger, 28, was extradited to Idaho from Pennsylvania. An extradition hearing is scheduled for Tuesday.

Kohberger’s apartment is a 21-minute drive and roughly 11 miles from the crime scene. His arrest came nearly seven weeks after the students were slain in the early morning hours of Nov. 13.

Shawn Domgaard, a 36-year-old PhD student at WSU, said the news of an arrest just steps from his home is “hard to process.”

“It’s just so, like I said, a high contrast to what we’re used to,” said the father of three young kids, who is originally from Utah. “It feels like it’s happening far away even though it’s literally in my backyard.”

He added: “It’s scary, but also good to have some closure … A lot of mixed emotions, I guess.”