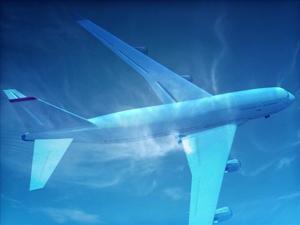 She was shocked to see how long the ticketing lines were, as the counters were overloaded with bags.

“It’s like even if you can maybe catch your plane by the grace of time, your bag probably won’t make it,” said Meanor.

That is exactly what happened to passenger Anali Weatherhead, who was headed to Cabo.

“We saw that there are 50-60, maybe even 100, luggage in front of the ticket agents,” said Weatherhead about her experience at the ticket counter.

She said the agent told her she should not expect her bags in Cabo on Thursday.

Sea-Tac airport spokesperson Perry Cooper the issue spurred from the high volume of checked bags. He said they could not get bags loaded onto planes quickly enough, which caused bags to pile up on the carousel between ticketing and the planes. They halted the ticket counter agents from putting luggage onto the carousel on the north end of the airport. Luggage had to be taken by cart to other areas.

“We had to actually stop the input from those ticket counters,” said Cooper. “Then we call portage, we would portage those bags to another input location, so we can get those into a space that is not as jammed up.”

Cooper said the airport was trying to make a plan to prevent this from happening Friday, by working with the airlines. Cooper said if you can avoid checking bags, you can get through much faster when these issues happen. As of Thursday evening, the luggage issue had been solved as they were back to a more average volume of bags.

A minor security breach at Sea-Tac Airport shut down security checkpoints for about 15 minutes on Thursday morning, causing lines to back up into the parking garage.

Sea-Tac officials said the breach was not an actual threat and cleared very quickly but the combination of the increased number of holiday travelers and having to close checkpoints caused the backup. Officials said an “unticketed passenger” tried to go through the security checkpoint. Wait times were about 60 minutes.

Officials said backups were caused by a high number of people checking bags. They said the congestion Thursday morning was bad enough that some travelers’ bags didn’t make it onto planes.

Holiday travel is returning to pre-pandemic levels while winter weather hits areas across the country.

Sea-Tac and the Transportation Security Administration (TSA) have beefed up staffing to try and cut down on wait times.

Sea-Tac is encouraging travelers to plan other options than driving and parking at the airport when possible, like using ride shares, the light rail, or getting dropped off.

SEA Spot Saver can save you time with security lines as well.

Joey Jennings is a yoga instructor flying from Sea-Tac to south Florida to see family for the holidays.

“Get here early – early enough so you can orient yourself in the airport, take some deep breaths, enjoy your family and remember (that) the season is about being kind to people and not about yelling at somebody at the airport,” Jennings said.

With more people flying, finding affordable flights could get trickier in the new year.

Travel expert, Steve Danishek told KING 5 to book early and think outside the box for 2023.

“If you can book ahead, fine,” Danishek said. “Look at different days of the week and try to fly early in the day if you can because those are the flights that generally are the least delayed. Maybe use a different airport, in Seattle, we have up north, you can go to Paine Field so check that out.”

Danishek said most airlines have fixed staffing problems seen over the summer. So cancelations based on staffing are no longer a problem like they were.

The big problem with cancelations and delays is now weather-related.