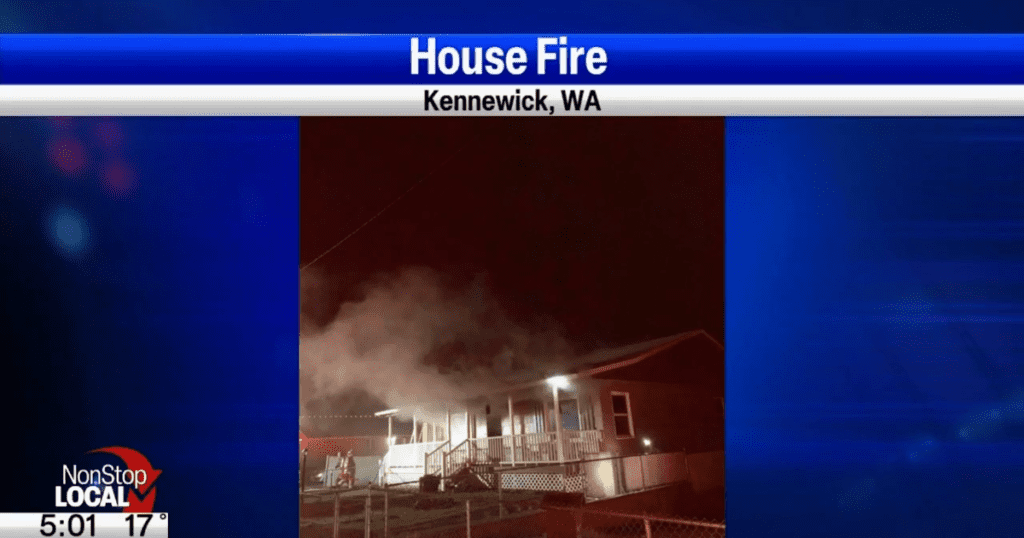 According to Chief Chad Michael with Kennewick Fire, Kennewick Police arrived on scene first and were moving a male occupant of the home away from the structure when firefighters arrived.

Fire crews and paramedics administered life-saving care and quickly transported the man to a local hospital.

The man has since been transported to Harborview Medical Center and Chief Michael says he is currently in “critical condition.”

An elderly woman in the downstairs area of the home made it out of the house after being woken up by smoke detectors.

According to Chief Michael, the girlfriend of the male occupant of the home played a “critical” role in getting him out of the house.

She came home to find her boyfriend semi-conscious and pulled him out of the house and onto the porch, where police helped move him further from the burning home.

Fire crews quickly put out the fire with no reported injuries to firefighters.

The cause of the fire is currently under investigation.