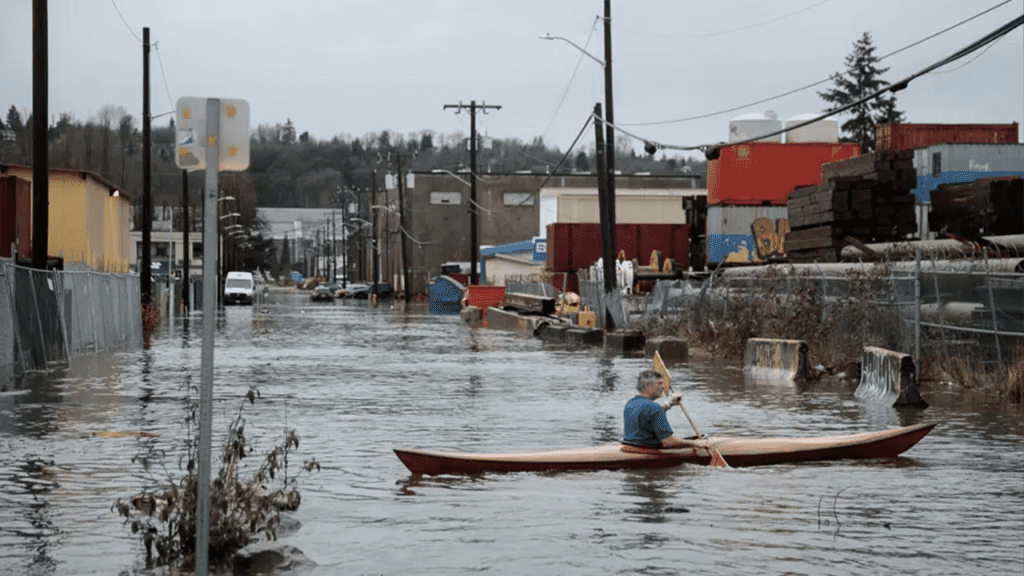 Weather conditions also appeared to have contributed to a third fatal crash that killed one person and injured another, police said.

Three people were killed, including a 4-year-old girl, when severe weather caused a large tree to fall on their pickup as they were traveling U.S. 26 about 15 miles east of the coastline, Oregon State Police said in a news release.

The passengers were dead when first responders arrived.

‘I HAD TO CLIMB OUT WINDOWS’: FRUSTRATION MOUNTS AS BUFFALO RESIDENTS STRUGGLE TO RECOVER FROM DEADLY BLIZZARD

Further east on U.S. 26 on Mount Hood, a motorist was killed when a large tree fell on the cab of the commercial truck he was driving because of snow and strong winds, causing him to lose control and leave the highway, state police said. The 53-year-old driver, who was alone in the truck, was pronounced dead at the crash site.

Another person died when a tree fell and struck a pickup on Interstate 84 near Cascade Locks in the Columbia River Gorge, the agency said. The driver was injured and taken to a hospital. The weather appears to have contributed to the tree falling, said state police spokesperson Captain Kyle Kennedy.

Salvador Sanchez, a resident of Seattle’s South Park neighborhood for 30 years, walks in floodwaters next to his home on Tuesday morning.
(Erika Schultz/The Seattle Times via AP)

Utility companies have progressively restored power, but more than 10,000 people in Oregon were still affected by outages as of 5 p.m. Thursday, according to online tracker PowerOutage.

Earlier on Tuesday, PowerOutage.com reported a peak of about 117,000 affected customers earlier in the afternoon.

Portland General Electric and Pacific Power, among the utilities reporting the highest number of outages, both said they had hundreds of service crew members, including some from out of state, working to assess and repair damage.

In Washington state, thousands of residents east of Seattle remained without power Wednesday afternoon after the previous day’s wind storm caused extensive damage to power lines in and around North Bend and Snoqualmie.

Gerald Tracy, a spokesperson with Puget Sound Energy, told KOMO-TV that power was expected to be restored to the area around 10 p.m. Wednesday, with the caveat that additional problems could push that timeline back.

“It is mountainous terrain, more rural areas, where sometimes our crews will have to hike out on foot and use hand tools to take care of the situation,” Tracy said.

The outages come on the heels of a strong wind, ice and rainstorm that is slamming parts of Oregon and Southwest Washington.

Storm surges flooded parts of Washington state, including Seattle, where some residents of the South Park neighborhood kayaked through the streets and used buckets to clear their homes of water.

A record high tide of 18.4 feet submerged parts of the state capital of Olympia and washed jellyfish over the shoreline onto the city’s streets, officials said.

A coastal flood advisory is in effect for the Seattle area through Friday afternoon.

The Associated Press contributed to this report.

Sarah Rumpf is a Fox News Digital Production Assistant. You can reach her on Twitter at @rumpfsarahc