Power companies and authorities are on high alert after reports of physical attacks at substations in Oregon and Washington.

WOODLAND, Wash. – Power companies and authorities are on high alert after reports of physical attacks at substations in Oregon and Washington.

The warning comes after an attack on substations in North Carolina over the weekend that left tens of thousands without power there.

At least five substations have been targeted in Washington and Oregon in November. There is speculation that some of the activity could be linked to online calls for attacks on critical infrastructure, some of which ramped up following the midterm elections.

With recent attacks being reported on local power substations in Oregon and Washington, sociology professor Dr. Randall Blazak says it sounds like a repeat of something the country has been experiencing, stretching back to the period following the Oklahoma City bombing.

“Attacks on the infrastructure have been on the radar of extremists, anti-government groups for a good 30 years,” said Blazak. “What a lot of people don’t know is many of those plots in the 1990s were started, but were thwarted by the FBI. They broke up a lot of planned attacks on power stations, on dams, and other infrastructure targets like that.”

It’s unclear who is responsible for recent damage to several substations in November in Oregon and Washington, but a federal memo states that during recent physical attacks, suspects had been utilizing hand tools, arson, firearms and metal chains.

“We have had two cases of vandalism occur in late November at two different substations,” reads a statement from PSE. “As per our standard process, both cases were reported to local law enforcement immediately and also shared with peer utilities and the FBI.”

When FOX 13 News asked which communities those attacks were in, PSE declined to say. Puget Sound Energy’s coverage area includes several counties including King, Thurston, Skagit and Whatcom as indicated on their coverage map. 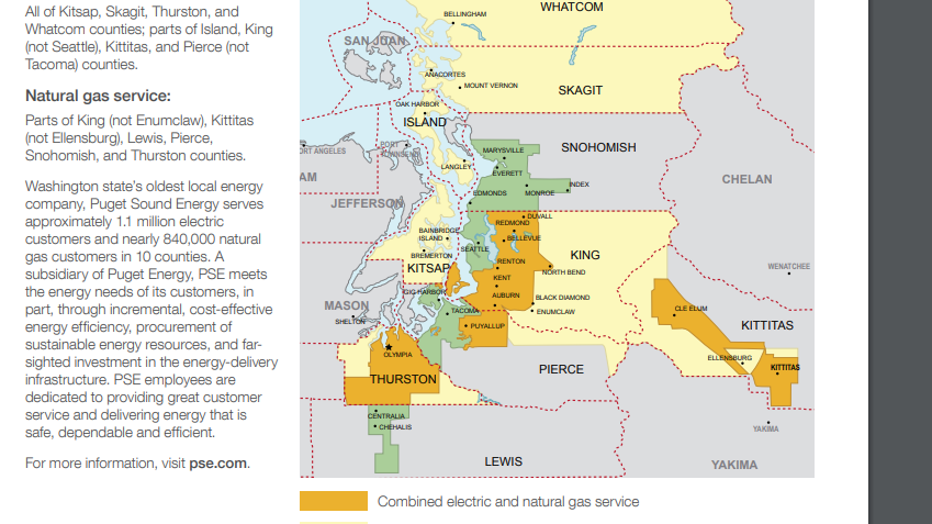 Further south, Alice Dietz with the Cowlitz County PUD said two attacks happened in mid-November in the Woodland area. Since then, she says they have added more security and will continue to. She says they are working with local and state law enforcement as well as the FBI.

The BPA also confirms that attacks happened on a substation in Clackamas, Oregon. Spokesperson Kevin Wingert said they determined it was a “deliberate physical attack” over the Thanksgiving holiday, during which BPA operators discovered someone had cut perimeter fence and damaged equipment inside.

Wingert also said another incident happened in Centralia on Aug. 11 with minimal damage and no disruption to power, but that event is now getting more scrutiny in light of recent attacks. He says BPA has also stepped up patrols at its substations.

Blazak says use of social media has accelerated a lot of this activity. He’s currently working under a federal grant from Homeland Security to investigate ways to interrupt violent extremism.

“That world of the anti-government underground that sort of seeks to foment revolution by creating chaos has only grown exponentially over the last five or six years. They know how much we depend on these sources and how we can be thrown into a state of panic when these sources are compromised,” said Blazak. “The belief among these people is something called accelerationism. They want to create more and more chaos because they believe that will lead to sort of a social collapse, and they’ll step into the void to lead people to a sort of law-and-order version of what they think America should be.”

A spokesperson for the Washington State Patrol (WSP) says they have received a situational awareness bulletin from the FBI in Oregon encouraging power companies and law enforcement in both Oregon and Washington to be on heightened alert.

“While we have no information on specific threats at this time, the recent shootings and damage to critical power infrastructure in the southeast and occasional physical damage done to power stations in the Pacific Northwest where damage rather than theft seemed to be the motivation, are of concern,” said Chris Loftis with WSP. “With that in mind, we urge the public to always be aware of their surroundings and to report any suspicious activity around any Critical infrastructure including power substations and other utilities. The same advice you have heard for years still stands – ‘if you see something, say something’. Always call 911 and report suspicious activity. Reporting threats or concerns, large or small, as quickly as possible, can make all the difference in the success of a response.”

“BPA can confirm a deliberate physical attack on one of our substations in Clackamas, Oregon, over the Thanksgiving Holiday. BPA operators discovered a cut perimeter fence and damaged equipment inside.

“BPA is actively cooperating with the FBI on this incident and has encouraged other utilities throughout the region to increase their vigilance and report any suspicious or similar activity to law enforcement. Any vandalism or attack on electric infrastructure is a serious crime and potentially puts the safety of the public and our workers at risk. If you have any information related to this incident or other potential attacks or threats on electric infrastructure, please contact the FBI at 503-224-4181.”

Cowlitz PUD is aware of vandalism on two of our substations in the Woodland area which occurred in Mid-November. At this time we do not have any further comment as this is an active investigation and we are cooperating with local, state and federal law enforcement. Our facilities have since been repaired.

“We are aware of recent threats on power systems across the country and take these very seriously. We are monitoring our infrastructure and can confirm we have had two cases of vandalism occur in late November at two different substations. Both cases appear to be isolated and not related to incidents recently reported by other utilities. As per our standard process, both cases were reported to local law enforcement immediately and also shared with peer utilities and the FBI. There is no indication that these vandalism attempts indicate a greater risk to our operations and we have extensive measures to monitor, protect and minimize the risk to our equipment and infrastructure.”