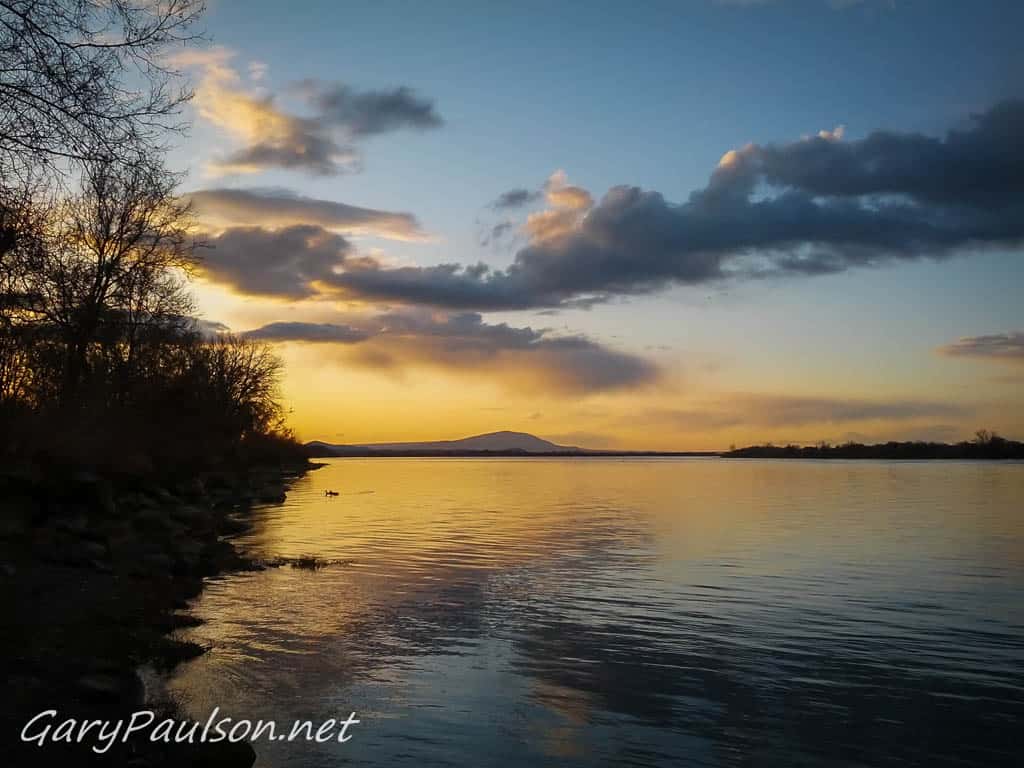 Columbia Park is comprised of the 400-acre Columbia Park East in Kennewick, and the adjacent 50-acre (20 ha) Columbia Park West in Richland. Together, the parks function as a single 450-acre park with 4.5 miles of shoreline along the Columbia River in Benton County. The park is a popular destination for residents of the Tri-Cities.

Columbia Park has numerous recreational features, including a privately run golf course, a disc golf course, the Playground of Dreams, and a family fishing pond.

There are several trails for hiking and bicycling in Columbia Park. Sacagawea Heritage Trail, a bike trail that loops around the Tri-Cities runs the entire length of the park. The trail is popular, especially during times of warm weather.

There is a Veterans Memorial in the east end of the park. This memorial has the tallest freestanding granite structure in the United States, standing at 40 feet in height.

Geocaching in the park is a popular activity. In 2015 there were 19 geocaches in Columbia Park.

Boat Launches
There are a few boat launches in and near Columbia Park, offering boaters access to the Columbia River. All of the launches have parking lots that also serve as trailheads for the Sacagawea Heritage Trail.

During the Columbia Cup in July 1996, two men wading through the river stumbled across a human skull. There was a police investigation where more human remains were found. It was determined that the remains belonged to a man who lived around 9,400 years ago. The remains have been named Kennewick Man.