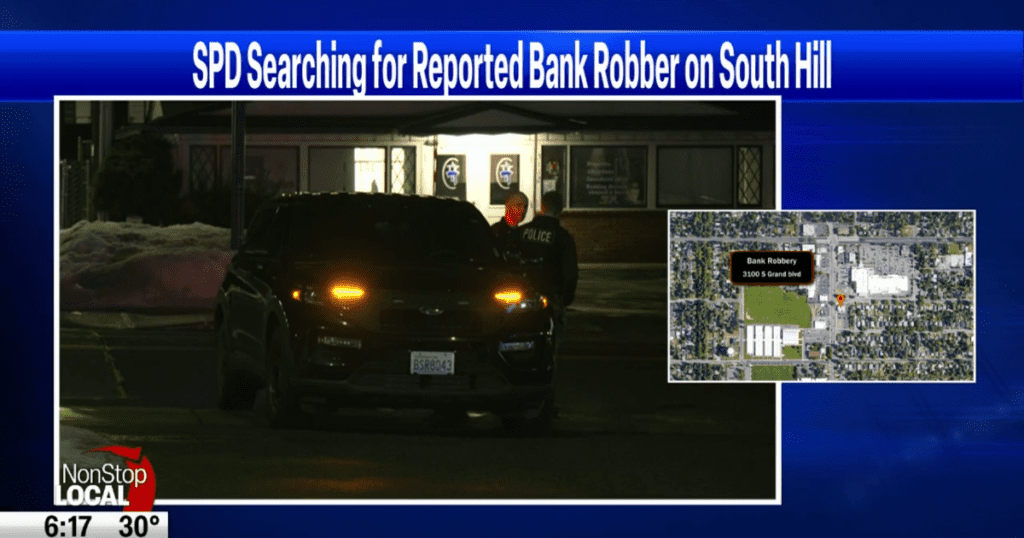 SPOKANE, Wash. – A search is underway for the suspect in a robbery at the Washington Trust Bank on the South Hill.

Law enforcement learned of the robbery just before 5 p.m. on Tuesday, and officers arrived at the scene minutes later, according to Spokane Police Department (SPD).

The suspect is described as a white man with no obvious weapons on display. SPD believes there is probably cause for robbery charges.

K-9 units were called to the area to track the suspect, but the search was called off unsuccessfully after thirty minutes. Officers are currently canvassing the area for video surveillance. If you believe you may have captured anything related to the robbery, or if you have any tips that could help investigators, you’re asked to call Crime Check at 509-456-2233.