Should Washington end these traffic stops?: Today So Far

Should Washington end these traffic stops?: Today So Far 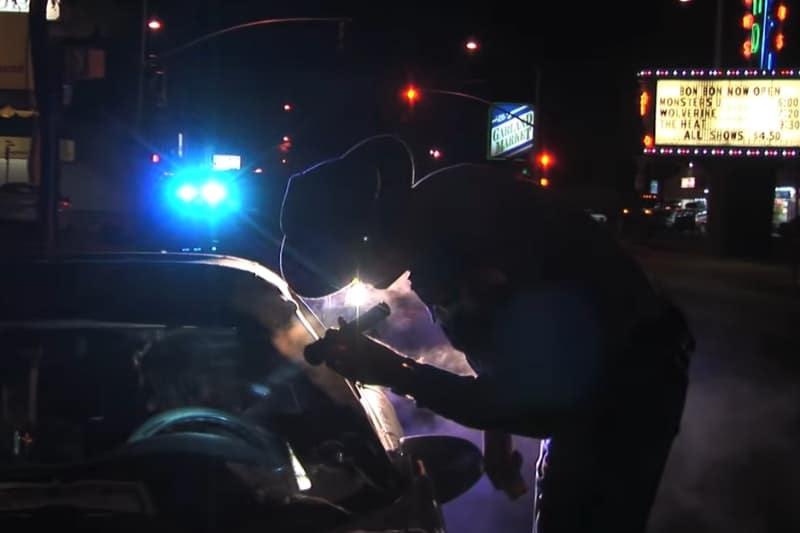 This post originally appeared in KUOW’s Today So Far newsletter for December 13, 2022.

We can now add Debora Juarez to the list of Seattle council members who are not running for reelection in 2023. It’s a short list: Juarez, who recently noted 2023 will be her last year, and Lisa Herbold who also recently announced she is exiting City Hall after next year.

Technically, Juarez is the one who started the list, months ago. Her intentions to step down from the dais have been known. For example, she told the Puget Sound Business Journal as much in June 2022. But her passing comment at a council briefing Monday may have been the first time she has mentioned it in a public forum, and therefore, the internet is doing its thing and people are talking.

All seven of Seattle’s district seats (not the at-large seats) will be up for election in 2023. Juarez has served as council president throughout 2022. She is the first Indigenous council member elected to be president. On the dais, she has been viewed as a moderate, or at times, on the more conservative end of the Council. Of course, in Seattle, a “moderate” or “conservative” is, technically speaking, still well within the left-of-center, hippy-dippy, “like, totally far out man” end of the political spectrum. It’s probably more accurate to say, agree or disagree with her, that Juarez has not been a council member who engages in sensationalism and slogans. She’s more likely to get down to the nuts and bolts of council business and move things along.

Still, with two members looking to step down, not facing any election pressure (and maybe more? It’s still early), the Seattle City Council could be quite interesting to watch over the coming year. Read more here.

An 18-year-old student at Seattle’s Ingraham High School has been arrested and charged with two counts of felony harassment. The Seattle student allegedly threatened, via social media, to shoot students at Bellevue’s Sammamish High School. The threats prompted a lockdown in the Bellevue School District until the Seattle student was arrested.

The student has been on officials’ radar for weeks now, after a psychologist reported that he was mentally preparing to carry out a school shooting. A judge issued an extreme risk protection order against the 18-year-old boy, which prohibited him from purchasing or possessing a gun. Charging documents state, however, the student recently posted on Snapchat a picture of guns on his bed, making threats to students in Bellevue. The photo is from more than a year ago, according to the boy’s father. The father recently turned over his firearms to Seattle police for safekeeping, following the ERPO. KUOW’s Amy Radil has the full story here.

As lawmakers meet in Olympia next year, one issue up for consideration will be police traffic stops. More specifically — which offenses are truly important enough to pull someone over? There is an effort to end low-level traffic stops in Washington state. What is a “low-level” traffic stop? Things like broken tail lights or expired tabs. It’s such infractions that, proponents argue, disproportionately affect communities of color and low-income drivers.

A quick story. Once upon a time, I bought my first car while living in another state. I was young and was clueless about car ownership. Nobody told me about car tabs, etc., so I was surprised when I eventually got a bill for them. Now, younger me, barely making rent, only able to afford instant noodles while receiving food assistance, did some mental math. In the end, rent got paid, noodles were purchased, and the tabs went unpaid. The cop who eventually pulled me over didn’t know any of this when they issued me a ticket. Now, if someone like me was unable to pay the tabs in the first place, how likely do you think it is that they will afford to pay the expensive fine? So that didn’t go well either, which led to a suspended license, which led to more costs, yada yada yada. It was one thing after the other — all stemming from the fact that I couldn’t afford the basics to begin with. The laws around all this may have been well intentioned, and there is a certain logic to them. But in practice, it just digs a bigger financial hole for folks who can’t afford them, and it makes it much harder to engage in normal life (like getting to a job). It’s funny. If you got the money, you can break all the traffic laws you want and get down the road with ease. Read more here.

Silas was an influential NBA coach, and was the first to usher Lebron James into professional basketball. As a player, Silas made a name for himself on the Boston Celtics, and as a SuperSonics champion in 1979.

Leach coached football at many universities, but was primarily known for his time at Texas Tech, and more recently at Washington State University between 2012–19.

AS SEEN ON KUOW

The biggest news for me this week, so far, is the fact that the United States has achieved nuclear fusion. This is a historic first, generations in the making. Sure, people are going to be talking about what happened on Twitter or Instagram this week, but this scientific breakthrough will be talked about in history books for ages to come. Scientists with the Department of Energy generated more energy than what they put into the effort, gaining 150% output, through nuclear fusion. This is big. This is early primates making tools big. Or the invention of writing big. Or antibiotics big. Or as big as the success of Tom Hanks’ “Big.” The next logical step is flying cars (fingers crossed!).

Many folks are probably asking: Wait a minute, don’t we already have nuclear power? Yes, but so far, we’ve been producing energy using nuclear fission. What we just achieved is nuclear fusion. Both get energy from atoms, but work very differently. Fission is breaking an atom apart, and all this energy comes out. Fusion is putting two atoms together, which creates energy too. Fusion is what happens inside the sun, which gives us heat and light.

The nuclear energy we have now has earned a bad reputation from the radioactive waste it produces. But nuclear fusion does not produce that byproduct, in theory. That’s why many have hopes for this breakthrough to usher in a newer age of clean energy. One potential byproduct of fusion is the production of helium, an element that is limited on Earth. So this could be good news for anyone fond of those funny voices and balloons.

ALSO ON OUR MINDS

United Airlines is announcing Tuesday what it says it the largest order of wide-body airplanes by a U.S. airline in commercial aviation history. The Chicago-based carrier is purchasing 100 of Boeing’s 787 Dreamliner jets, with options to order 100 more of the fuel-efficient aircraft.