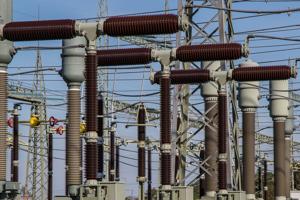 Three electricity substations in the Tacoma, Washington, area were attacked Sunday, leaving an as many as 14,000 customers affected, authorities said.

The early morning attacks on two Tacoma Public Utilities substations and one Puget Sound Energy facility were described by the Pierce County Sheriff’s Department as acts of vandalism, with those responsible unidentified.

“It is unknown if there are any motives or if this was a coordinated attack on the power systems,” the department said in a statement.

The agency estimated the number of homes and businesses affected by the attacks was 14,000 at one point Sunday.

Tacoma Public Utilities said more than 7,000 of its customers in the communities of Graham and Elk Plain were without power Sunday, and it continued to work on restoration late in the day.

Puget Sound Energy said on its website more than 1,200 customers were without power Sunday — with the vast majority reconnected — but it wasn’t clear if this was connected to the attack. It did not immediately respond to a request for comment.

It appears that electricity for many of those TPU customers has been restored, with national blackout tracker PowerOutage.us reporting late Sunday afternoon that fewer than 5,000 customers remained in the dark in the entire state.

In a statement, TPU said, “Two of our substations were deliberately targeted by physical attacks.”

Pierce County Sheriff’s Department said a suspect or suspects broke in to facilities and vandalized equipment in each of those attacks, the first of which was reported at 2:39 a.m.

TPU said it was alerted earlier this month by federal law enforcement to the possibility of attacks and told that a security assessment was recommended. It wouldn’t say what measures, if any, it took.

As electricity was restored to the last of the North Carolina customers in the dark Dec. 7, someone opened fire near a Duke Energy hydro facility in Ridgeway, South Carolina, about 130 miles south of Moore County. Federal investigators were comparing ballistics evidence in the attacks from both states to determine whether they’re connected.

A prevailing theory was that the outages were intended to shut down a drag performance, “Downtown Divas,” at Sunrise Theater in Southern Pines, N.C. The location was targeted by anti-LGBTQ+ demonstrators in the days leading up to the Saturday night event, which continued in the dark before concluding early.

Power infrastructure has long been on the attack wish list of white supremacists and other right-wing extremists who desire American “destabilization,” Brian Levin, director of the Center for the Study of Hate and Extremism at California State University, San Bernardino, said in February.

Early this year, three men pleaded guilty in connection with a plot to disrupt the electricity grid, sow civil unrest and economic uncertainty, and ultimately trigger a race war, federal prosecutors said at the time.