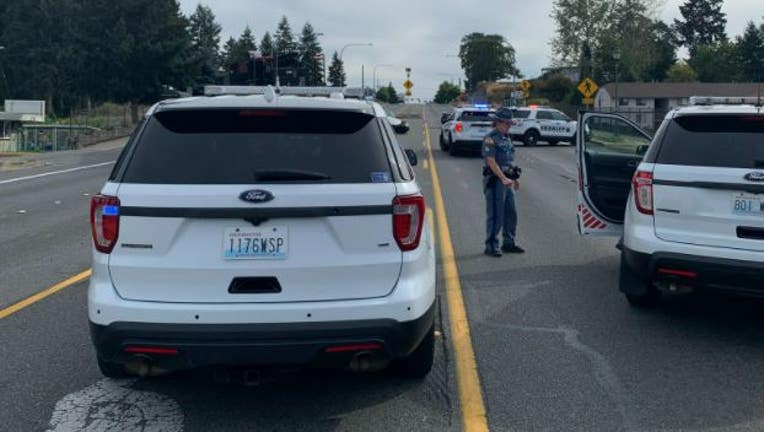 TACOMA, Wash. – Washington State Patrol (WSP) troopers located and arrested a driver who fled the scene of a deadly crash near the Sprinker Recreation Center on Saturday.

According to the WSP, at around 4:00 p.m., troopers responded to a two-car crash on SR-7 at 143rd St. S in Tacoma. When troopers arrived, one of the drivers in the crash was severely injured, and was immediately taken to a nearby hospital for treatment. The other driver was nowhere to be seen.

About 45 minutes later, WSP Trooper Robert Reyer announced on Twitter that the victim died in the hospital.

Authorities say WSP troopers and Pierce County sheriff’s deputies closed SR-7 in both directions while they investigated the crash and searched for the hit-and-run suspect.

At around 5:15 p.m., deputies found the suspect, brought them back to the scene and placed them in custody.

Details about whether drugs or alcohols were involved in this deadly collision are limited at this time.