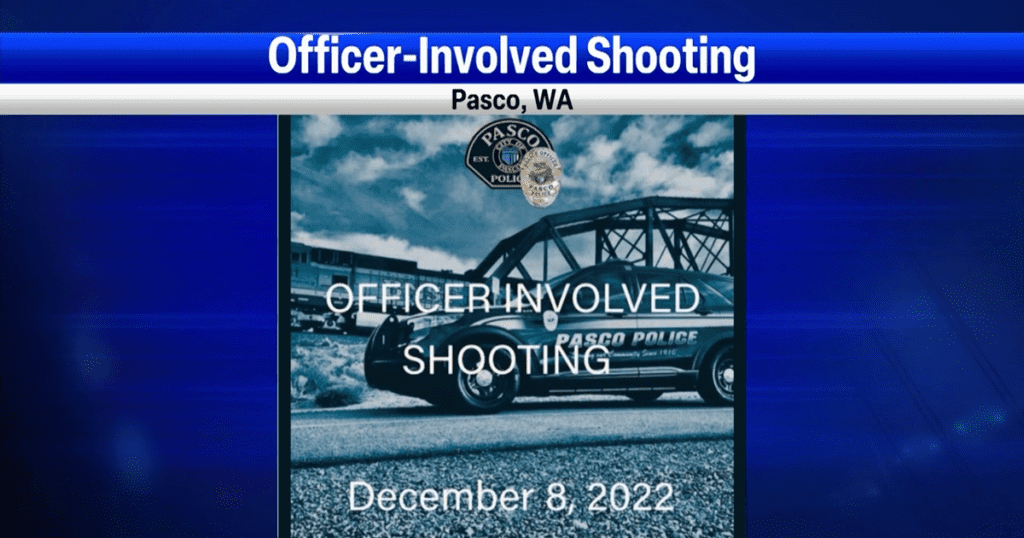 The SIU has updated that four officers responded to this call, which initially came in as a disturbance inside a trailer on Road 40. When they went inside, they reported seeing a 49-year-old man with a gun struggling with a 43-year-old woman.

When officers tried to contact the two people, the man fired shots at the officers. Officer Anna Ramos fired back “with deadly force,” according to the SIU update. PPD backed up as the man continued shooting, re-entering when he had stopped firing.

The man was then taken into custody without any extra force, according to the SIU. Both the man and woman had been shot, so first aid was given by officers. Medics with the Pasco Fire Department arrived on scene to care for the two and transport them to nearby hospitals.

Both the man and the woman had to be transferred to other facilities for further treatment. The woman is still in critical condition, according to the report. The man was released from the hospital and booked into King County Jail on two counts of first-degree attempted murder. No officers were hurt in the shooting.

The SIU investigation is ongoing; anyone with information should contact Sergeant Jose Santoy or Sergeant John Raby.

Around 11:40 p.m. on December 7, Pasco Police Officers responded to reports of a disturbance in progress at the Lakeview Trailer Park at 1505 S. Road 40.

When they arrived on scene PPD Officers could hear a disturbance inside a trailer.

After making verbal contact Officers opened the door and found a man with a gun struggling with a woman.

The male pointed his gun at Officers and fired.

According to a PPD press release, one Officer returned fire and the suspect continued firing at Officers.

When the suspect stopped firing Officers approached again to find the male suspect and the female with gunshot wounds.

Officers administered first-aid and the two were transported to Kadlec for treatment.

According to the PPD, the two have since been transported out of the area for further medical treatment and both are currently in critical condition.