Virginia law enforcement worker killed in shootout with deputies after murdering family of teen he had catfished, police 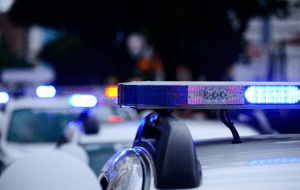 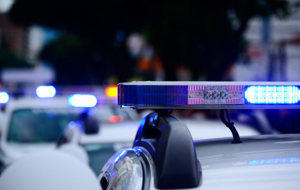 A Virginia law enforcement worker was killed in a shootout with deputies in California after he allegedly killed the mother and grandparents of a teenage girl he had catfished online, police said Sunday.

The worker had driven off with the girl after the killings, police said.

Officers were initially called to the La Sierra South neighborhood in Riverside, California, on Friday just after 11 a.m. to check on the welfare of a girl who appeared distressed while getting into a red Kia Soul with a man, the Riverside Police Department said in a news release.

While officers were responding, police began to receive calls about a structural fire just a few houses away from where the welfare call was reported, they said.

The Riverside Fire Department arrived at the residence to find a fire on the first floor. When they made entry they discovered three adult victims lying on the ground, police said.

“Their bodies were pulled outside where it was determined they were victims of an apparent homicide,” the Riverside Police Department said, adding that firefighters were able to put the fire out.

During a preliminary investigation, detectives found out that the girl described in the initial welfare call had lived at the house where the three people were found dead, police said.

Authorities were also able to identify the man she was seen with as 28-year-old Austin Lee Edwards of North Chesterfield, Virginia, who detectives learned had worked for the Virginia State Police until being recently employed at the Washington County Sheriff’s Office in Virginia.

Several hours later, authorities were able to track Edwards’ vehicle as he was driving with the teen through San Bernardino County in the unincorporated area of Kelso.

When deputies with the San Bernardino County Sheriff’s Department caught up Edwards, the suspect fired gunshots at them, before being fatally shot by at least one deputy, police said. Edwards was pronounced dead at the scene, they said.

The teen was unharmed and was placed into protective custody of the Riverside County Department of Public Social Services, police said.

“Detectives determined Edwards had met the female teenager through the common form of online deception known as ‘catfishing,’ where someone pretends to be a different person than they actually are,” the Riverside Police Department said.

Police said it was believed Edwards had developed an online relationship with the teen and was able to obtain her personal information.

He travelled from Virginia to Riverside, where he parked his vehicle in a neighbor’s driveway and walked to the teen’s home, at some point killing her mother, grandfather and grandmother before walking back to his vehicle with the teen and leaving, police said.

The slain family members were identified as 69-year-old Mark Winek; his wife, 65-year-old Sharie Winek; and their daughter, 38-year-old Brooke Winek, police said. The exact cause and manner of their deaths were still pending, they said. The cause of the fire at the residence was also still under investigation, but police said it appeared to have been intentionally ignited.

A spokesperson for the Virginia State Police said Edwards entered its academy July 6, 2021, and graduated as a trooper on Jan. 21 of this year. He was assigned to Henrico County, which is within the Richmond Division, they said, before resigning on Oct. 28. Asked for more information on the circumstances surrounding Edwards’ resignation, the spokesperson said state law prohibits state agencies from releasing anything other than a date of resignation.

The Washington County Sheriff’s Office said in a statement that Edwards was hired on Nov. 16 and recently began orientation there. The office was getting ready to assign him to the patrol division.

“Past employers and the Virginia State Police were contacted during the hiring processing,” the sheriff’s office said, “however, no employers disclosed any troubles, reprimands, or internal investigations pertaining to Edwards.”

The agency said it is currently assisting the Riverside Police Department in California with this investigation.

“It is shocking and sad to the entire law enforcement community that such an evil and wicked person could infiltrate law enforcement while concealing his true identity as a computer predator and murderer,” Washington County Sheriff Blake Andis said.

Police said the investigation into the incident was still ongoing. They asked anyone with information to contact them and said those wishing to remain anonymous can email [email protected]

Riverside Police Chief Larry Gonzalez encouraged families to talk to their children about how to use the internet safely in a statement shared about the triple homicide.

“Our hearts go out to the Winek family and their loved ones during this time of tremendous grief, as this is a tragedy for all Riversiders,” he said. “This is yet another horrific reminder of the predators existing online who prey on our children.”