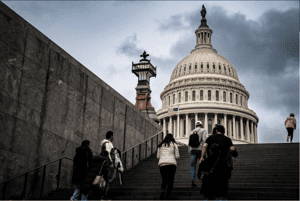 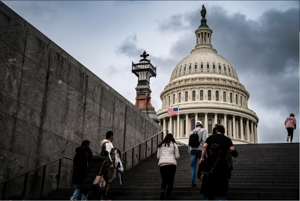 WASHINGTON — A Washington state man has been charged with seven counts of making interstate threats after he allegedly left more than 400 voicemails over two years for members of Congress.

Mark Leonetti, 48, of Longview, Wash., was arrested Wednesday after a criminal complaint was filed against him on Monday by the Department of Justice. He is due to appear in U.S. District Court in Tacoma on Thursday.

In 2021, Leonetti left more than 400 voicemails at the office phone numbers for numerous senators and representatives of both political parties, according to the criminal complaint. The voicemails were “not always coherent,” an FBI agent investigating the case said, but made references to murder or killing.

None of the lawmakers involved was identified by name in the complaint.

Despite “being visited and warned several times by law enforcement and mental health professionals,” the Justice Department said, Leonetti continued his threatening behavior in 2022.

“So we’re going to barbecue your ass. We’re going to peel your ass inside out,” Leonetti said in one of seven voicemails he left for one lawmaker in September, prosecutors said.

In one of 32 voicemails Leonetti left for a senator over a three-day period in September, he allegedly said, “Well, so I’m gonna murder you. It is justified.”

And in October, he left four voicemails for another lawmaker in which he said, “Jew mouth. Jew blood. We need to get you back to Israel so we can kill you there…”

“Making horrific and graphic threats to harm is always unacceptable, and we must always take threats of political violence seriously,” said U.S. Attorney Nick Brown in a statement. “In this instance, Mr. Leonetti refused to stop his conduct despite contact with law enforcement and mental health personnel.”

The latest calls Leonetti made were to a senator’s office on Dec. 5, 2022, which included statements about murder and killing people, the DOJ said.

The department said that making interstate threats is punishable by up to five years in prison. The case is being investigated by the FBI with assistance from the U.S. Capitol Police and the Longview Police Department.