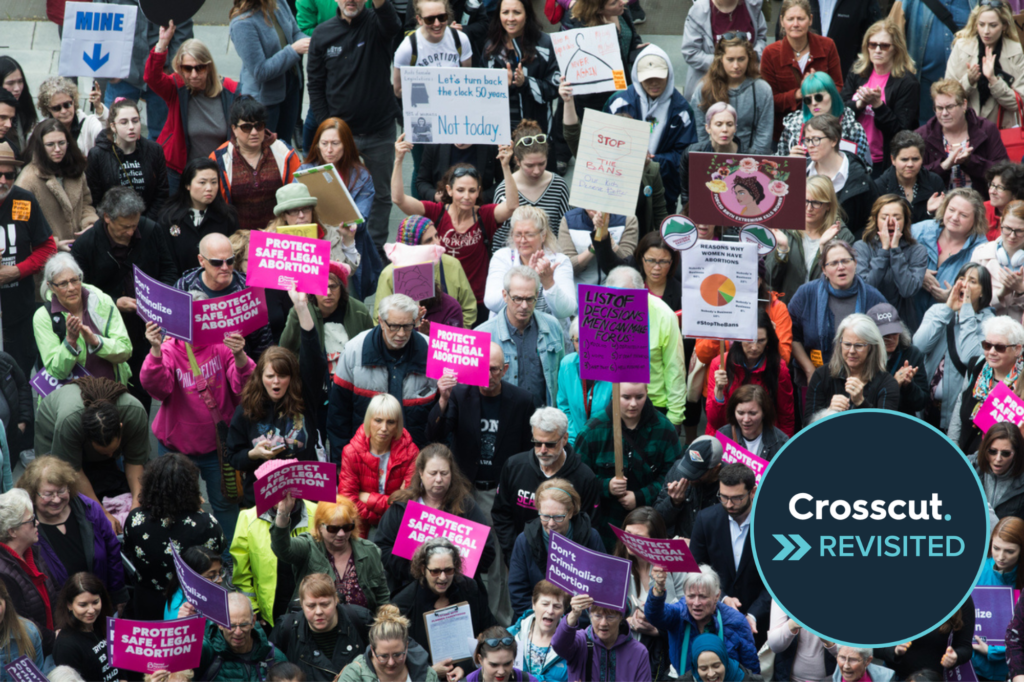 This is part of a series updating our readers on some of our top stories of the past year.

As states across the country have moved to ban abortion over the past six months, elected officials, abortion providers and advocates in Washington have done the opposite, working to strengthen existing protections for reproductive health care and the state’s longstanding status as a destination for abortion-seekers. As 2023 approaches, they’re reflecting on a year when abortion access entered the news cycle with new urgency, impacting policy, elections and even fundraising.

As the new year began, abortion providers were already coping with an influx of out-of-state patients. Long a destination for abortion-seekers from Idaho, Washington clinics began taking on patients traveling from Texas in late September 2021, less than a month after that state implemented a six-week abortion ban. It was in this environment of heightened need that Roe v. Wade would be overturned in June, driving even more patients to seek care across state lines.

Planned Parenthood was prepared for what came next, said Paul Dillon, vice president of public affairs for the organization’s Greater Washington and North Idaho chapter.

“Having that infrastructure set up played a huge role in us being able to meet patients where they’re at,” said Dillon.

The organization had hired a patient navigator whose first day coincided with the Supreme Court’s decision. For people traveling for abortion care, the patient navigator distributes money from a hospitality fund, covering expenses like lodging, gas and child care. Still, said Dillon, with the legal ambiguities introduced by abortion bans throughout the country, the past year has been challenging for staff and clinicians at Planned Parenthood.

Following the Dobbs decision, the Northwest Abortion Access Fund, which pays for abortions and related expenses through a volunteer-run hotline, saw a huge increase in requests to volunteer — more than could be accommodated in a year — and increased financial support.

“We saw a lot of sizable donations, a lot of month-to-month donations, which is what really sustains the work,” said Riley Keane, a practical support lead.

For the first time in the group’s history, this included municipal funding from King County and Oregon’s Reproductive Health Equity Fund. Still, Keane said, the past year has been “very up and down.”

“I think it’ll be really interesting to see if these governing bodies continue to write these funds into their budgets,” said Keane, who worried abortion rights could be “fading from people’s active consciousness” although the need for care continues to grow as trigger bans and other restrictions go into effect across the country.

Before Roe made reproductive rights and justice a national focus of 2022, Washington advocates, lawmakers and providers were already taking steps to broaden access to reproductive health care at the state level.

In February, state legislators voted to officially recognize advanced-practice clinicians as abortion providers, and to protect Washingtonians from being prosecuted for their pregnancy outcomes.

In April, a bill establishing birth doulas as a profession was signed into law by Gov. Jay Inslee, the first step in the process of establishing Medicaid reimbursement for doula support. HSB 1881 was championed by the queer, trans, Black, Indigenous and people of color-led Doulas for All Coalition. The legislation seeks to address major health disparities in perinatal outcomes by broadening access to doulas for pregnant people on Medicaid. That work is in progress, said E.N. West, co-director of Surge Reproductive Justice, the health advocacy organization that facilitated the coalition, which is embarking on a rules-making process set to continue into 2023.

That same month, Cedar River Clinics, which operates facilities throughout the Puget Sound region, reopened its full-service abortion clinic in Yakima. The facility provides crucial services east of the Cascades, where providers routinely serve not just Washingtonians, but also patients crossing the border from nearby Idaho.

Washington’s elected officials acted quickly to affirm the state’s support for reproductive rights. Inslee pushed the idea of doing so with a constitutional amendment. (Abortion rights are already part of Washington’s legal code, but a constitutional amendment would be less easily repealed.) On May 16, Washington State Attorney General Bob Ferguson sent a letter to state medical licensing boards urging them to ignore previous prosecutions for out-of-state abortion providers targeted by abortion-hostile laws.

In the immediate aftermath of the Dobbs decision, Inslee prohibited the Washington State Patrol from cooperating with out-of-state abortion investigations and prosecutions. With California’s Gov. Gavin Newsom and Oregon’s Gov. Kate Brown, Inslee established a multistate compact to protect patients from prosecution for seeking abortion care up and down the West Coast.

“Washington state remains steadfast in our commitment to protecting the ability and right of every patient who comes to our state in need of abortion care, and we will fight like hell to restore that right to patients all across the country,” Inslee said at a news conference announcing the compact.

Whether this is possible in practice will likely depend on what happens during the legislative session beginning in January. At a Bellingham news conference in October, the governor said he would call for legislation establishing his previously discussed constitutional amendment. At the same event, Democratic state legislators announced a slate of abortion-related policy proposals for the upcoming session. The legislative package includes legal protection for out-of-state patients who receive abortion care in Washington; privacy protections for patient health information; and greater oversight to preserve reproductive health services when health care entities merge — a practice that has already curtailed access to reproductive health care at religiously affiliated institutions throughout the state.

In December that fight was localized in Spokane, where Planned Parenthood was awarded $110,000 in damages after a judge found anti-abortion group the Church at Planned Parenthood had violated state law during protests held outside the organization’s Spokane Health Center. The cost of Planned Parenthood’s legal fees, which the Church will also be required to pay, are still being determined.

As 2023 nears and efforts to preserve access to reproductive health care ramp up, Dillon of Planned Parenthood said he found reasons to be hopeful in elected officials’ support for abortion rights, as well as ballot initiative results in states like Kansas and Montana that rejected abortion restrictions.

“We’re carrying that forward into 2023 and doing everything we can to build a better world for our patients, where access does not depend on ZIP code, gender identity, income level, immigration status — and really creating an equitable world for abortion access,” he said.

For Keane of the Northwest Abortion Access Fund, one cause for optimism was seeing how quickly people had gotten up to speed on gaps in abortion access since the Dobbs decision.

“It seems that people didn’t realize that there were people traveling to Oregon and Washington from across the country to get medical care that they couldn’t receive in their home state,” she said.

It had been going on for years, but when the news cycle made it public knowledge, an outpouring of support soon followed.

“When people know what the situation is, they do want to help,” Keane said.