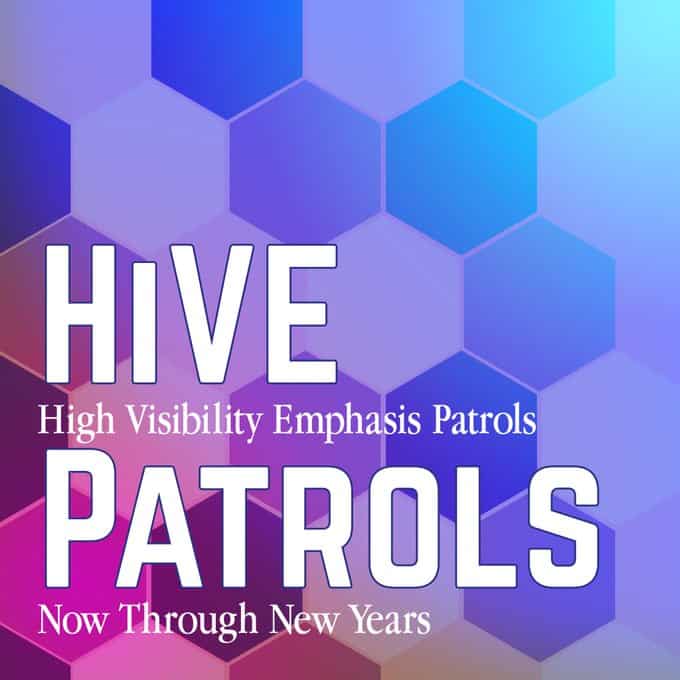 The criminal offense citations and arrests as part of the New Year’s Eve patrol on Interstate 5 in Snohomish County included 198 citations for speeding and 131 for aggressive driving.

During the HiVE patrol, troopers had a traffic stop for 80 mph in a post 60 mphH zone just before 9 a.m. The driver of the vehicle was arrested for DUI and had prior DUIs. During the morning portion of the emphasis there were two misdemeanor warrants on a traffic stop.

During the night portion of the emphasis, seven DUI arrests were made. All were alcohol DUIs with one being a felony DUI. Two of the DUIs were involved in hit-and-run collisions; one was a two-car collision and the other was a one-car barrier collision. Hit and run was charged in both collisions.

Saturday’s efforts focused in and around the area of Interstate 5 from milepost 181 to 188 between Lynnwood and Everett, which WSP data shows has historically seen high volumes of serious injury and fatality collisions. The HiVE patrol was in conjunction with efforts across the state.

The results from the Dec. 31 HiVE are as follows: