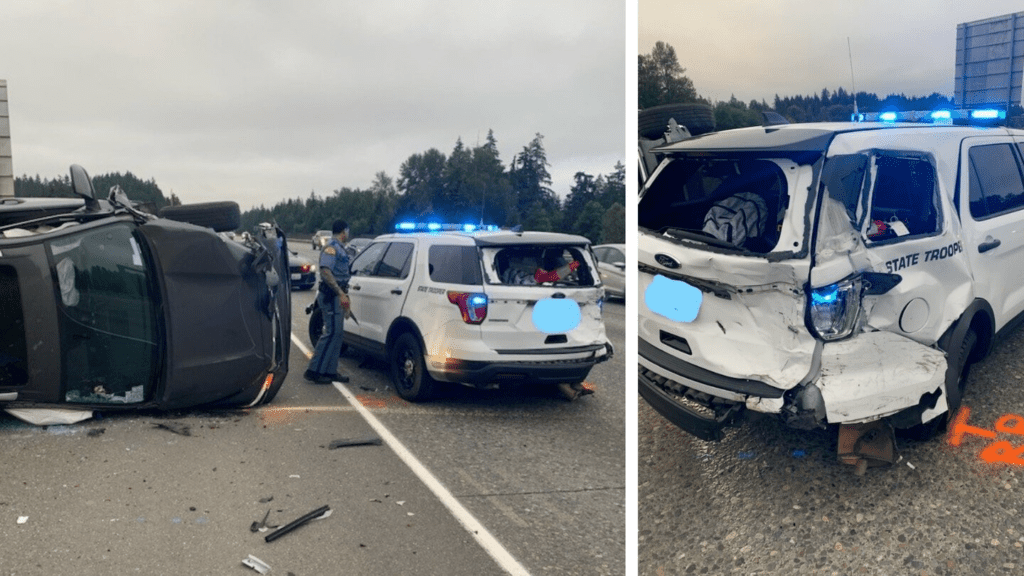 At about 5 a.m., a state trooper had just cleared a traffic stop and was sitting on the right shoulder of Interstate 5, near 320th Street in Federal Way, when the woman struck his vehicle.

The trooper’s car was completely smashed and the woman’s car came to rest on its side.

The woman was arrested for DUI following the collision.

Both suffered minor injuries in the crash.

At 5am this morning an @wastatepatrol trooper had just cleared a traffic stop and was sitting on the right shoulder NB I-5 just near 320th with emergency lights on. A vehicle came onto the shoulder and struck his vehicle. Minor injuries to both. Female driver arrested for DUI. pic.twitter.com/nkIN7MtLoM