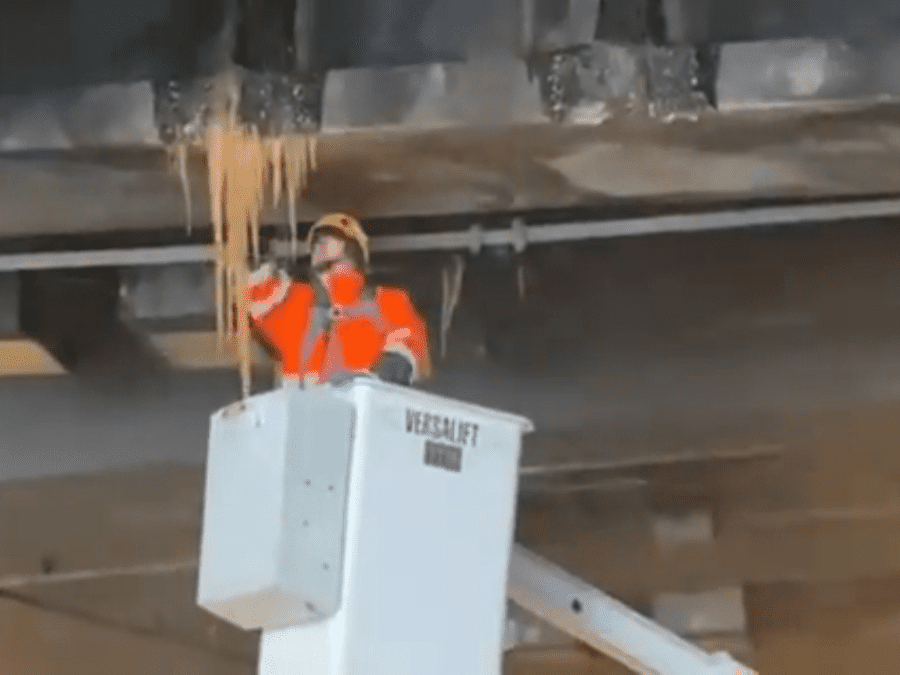 The Washington State Department of Transportation shut down three lanes under the Seattle Convention Center shortly before 9:30 a.m. and said some of the work would require all lanes to close. Washington State Patrol shared a video of the work on social media, showing a worker using an elevated platform to reach the ice.

Maintenance crews wrapped up the removal work within an hour and all lanes reopened.

Though a rapid warm-up is in the forecast, along with bountiful rain through the holiday weekend, Thursday night was expected to create several new hazards. The National Weather Service warned of a significant threat of freezing rain spreading across the region between Thursday night and Friday.