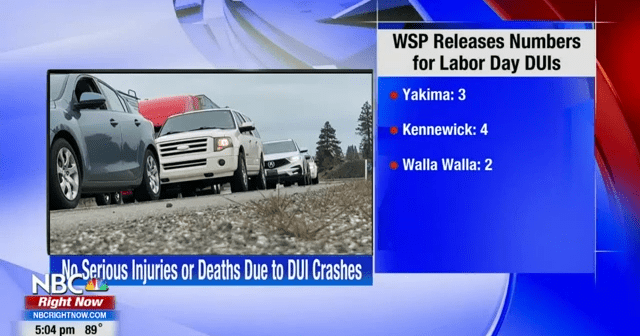 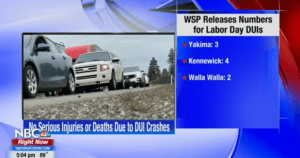 According to Trooper Chris Thorson, District 3 (which covers Yakima, Benton, Franklin, Walla Walla, Garfield, Columbia, and Asotin counties), had 9 drivers arrested for DUI’s over the weekend.

Here’s the DUI breakdown by county:

There were no serious injuries or deaths due to DUI crashes.