Get A Quote
Get Instant Proof of Insurance in Kennewick

Get the right auto insurance in Kennewick & keep you and your car safe on the road in the event of an accident or other vehicle damage.

Broad Form Insurance in Kennewick covers you to drive any car. Owned or Not. Perfect if you own several cars or you frequently borrow cars and want to make sure you are covered.

More Info about insuring your license

Get your license back! Is your license suspended or revoked as the result of too many tickets, a DUI, or driving without insurance? If you need an SR22 in Kennewick, we can help.

Protect your your property in Kennewick. If it is damaged by a fire or stolen, how much would you need to replace it all? Also satisfy your landlord!

Insure your motorcycle in Kennewick today! Don’t chance riding without insurance. Get the coverage you would need after accident.

Traveling to Mexico from Kennewick? Get Mexican car insurance for a day, a week, or even a full year if you travel back and forth to Mexico frequently.

Best Insurance Rates for You

Ever wonder why you’re paying so much for your insurance in Kennewick? Maybe it is because you haven’t called us? Quotes are free and only take a few minutes.

If you live in and around the 99336, 99337, or 99338 zip codes you can quickly start or compare your car insurance, motorcycle insurance, high-risk SR-22 insurance – even your home insurance and renters insurance. Let us help you save money today on all your insurance needs. Join the thousands of satisfied customers who have made the move to Mid-Columbia Insurance.

The days of paying too much for insurance in Kennewick are over and let us help you get the best rate for your home insurance or renters insurance. Call us or visit our office and start saving on your insurance today!

Kennewick along with Pasco and Richland are collectively known as the "Tri-Cities." The area has an arid desert climate with only about 6 inches of rain during the year. The economy is bolstered by agriculture including wheat, potatoes, grapes, apples, and corn. The area has a thriving wine industry.

Kennewick serves as the primary retail business center for southeast Washington with the Columbia Center Mall and the other retail outlets nearby.

Lewis and Clark came to the area in the early 1800s, finding a significant Indian population. Nearly a century later, Kennewick had 30 businesses with a population of nearly 350 residents and was known for its spring crops which benefited from the areas mild winters. Apple and cherry orchards were plentiful and a decade later Concord grapes had become a common crop.

In 1943, the Hanford Nuclear Reservation, roughly nine miles northwest of Kennewick, was built as part of the World War II secret war effort to produce the plutonium for the Fat Man atomic bomb used to attack Nagasaki. Richland, immediately south of Hanford could not handle the influx of workers so many commuted from Kennewick. As Hanford's purpose has evolved over the years, the site has had a tremendous influence on the area's economy and remains a major employer for all three cities. 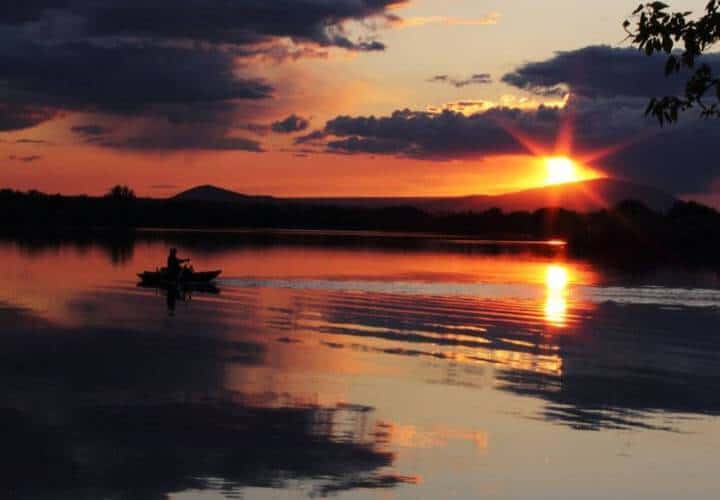 Daisy Montejano was a huge help in getting both my vehicles insured and with adding a driver. She took her time explaining my options and finding me the best deal. I am happy to have her help with all my insurance needs!

This is the best company to go through for your insurance and agent Hope went out of her way to advocate for me. Ask for her when you go in there, She is amazing.