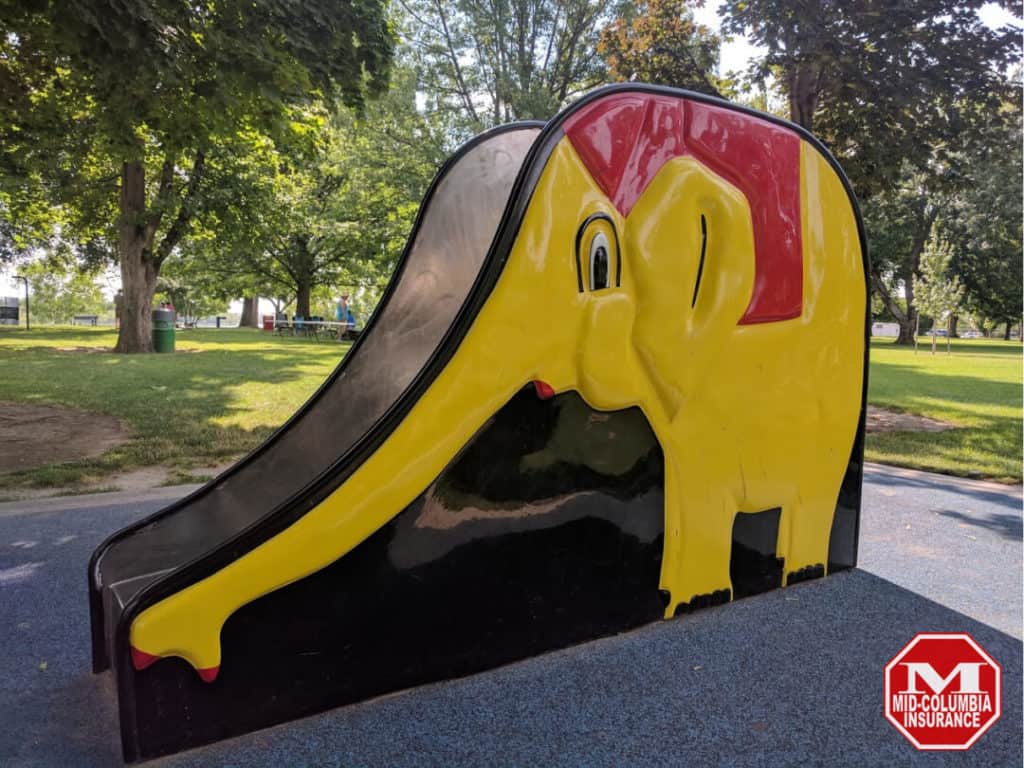 Howard Amon Park is a multi-use recreation area that stretches along the shore of the Columbia River in Richland. The original arch at the entrance to the park was the first thing in the city when it was incorporated in 1912, but has since been replaced. The park is named after Howard Amon, one of Richland’s early settlers.

The park’s main entrance is at the east end of Lee Boulevard and is also accessible from several streets leading off of George Washington Way.

Howard Amon Park has numerous recreational features, including river access, a playground, and tje “fingernail”, a facility for concerts. A paved bike path, the Riverfront Trail, runs the entire length of the park. The trail continues north of the park toward WSU Tri-Cities as well as south toward Columbia Point ending at the Sacagawea Heritage Trail. This connection with the Sacagawea Heritage Trail provides access to Kennewick and Pasco. The trail is popular, especially during the warmer months.

The playground in the park was built before 1970 and continues to be a popular destination for young families. An elephant slide within the playground is an iconic piece of Richland history. It was removed and put in storage in 2003 after it was deemed it no longer met safety requirements. After extensive discussion on social media in 2009, the slide was restored. It returned to the park in 2010. Other features at the playground include a short zip line and a rock climbing area.

Sports equipment at the park includes four tennis courts and a half basketball court. It is also a popular destination for water-related recreational activities. There is a small wading pool in the southern portion of the park. Beyond this, the park’s riverfront location makes it an easy access point to the Columbia River. There are three docks, one at the end of Lee Boulevard, as well as two to the north. The northernmost dock is located alongside a boat launch, while the center one is for swimming.

Directions from the Howard Amon Park to Mid-Columbia Insurance – Kennewick