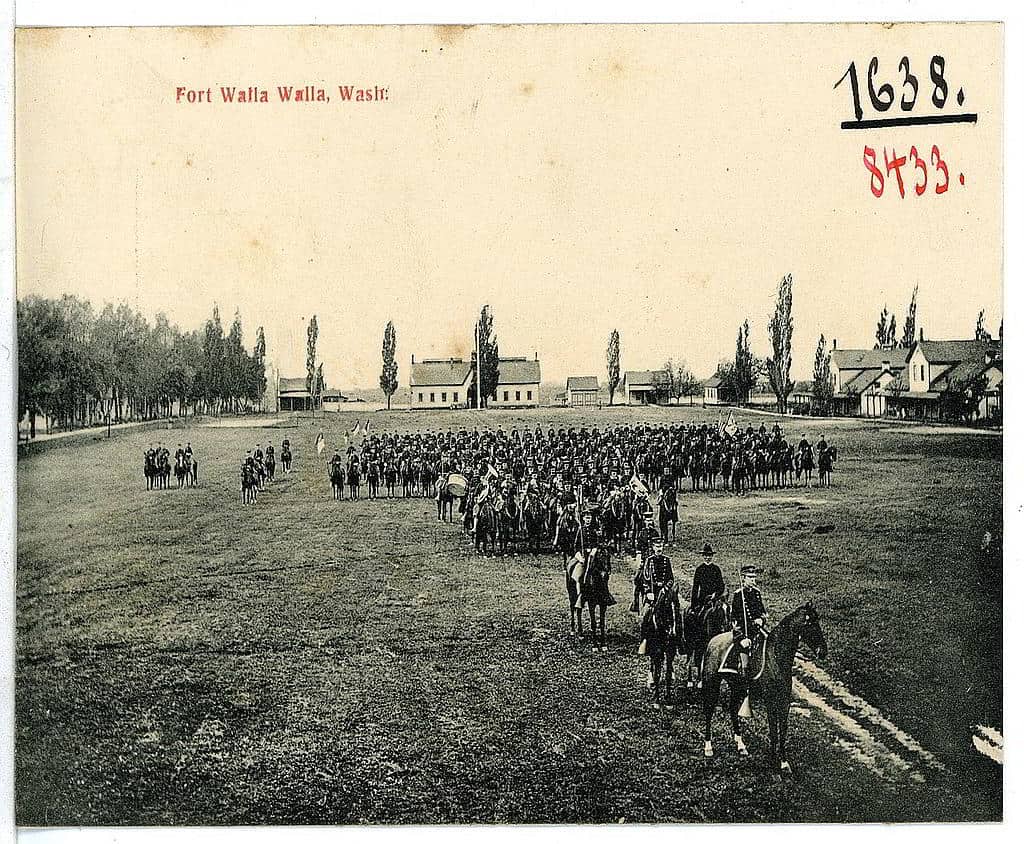 Fort Walla Walla is a United States Army fort located in Walla Walla, Washington. The first Fort Walla Walla was established in July 1856, by Lieutenant Colonel Edward Steptoe, 9th Infantry Regiment. A second Fort Walla Walla was occupied on September 23, 1856. The third and permanent military Fort Walla Walla was built in 1858 and adjoined Steptoeville, now Walla Walla, Washington, a community that had grown up around the second fort. An Executive Order on May 7, 1859 declared the fort a military reservation containing 640 acres devoted to military purposes and a further 640 acres each of hay and timber reserves On September 28, 1910 soldiers from the 1st Cavalry lowered the flag closing the fort. In 1917, the fort briefly reopened to train men of the First Battalion Washington Field Artillery in support of action in World War I. In 1921, the fort and property were turned over to the Veterans Administration where 15 original buildings from the military era remain. Today, the complex contains a park, a museum, and the Jonathan M. Wainright Memorial VA Medical Center.